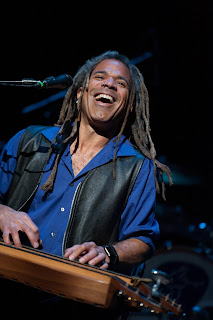 Bing Futch has been playing mountain dulcimer since 1986 and has made a name for himself as a dynamic performer of the instrument as well as a compassionate and enthusiastic educator. He's one of only two mountain dulcimer performers (the other being David Kimbrough Jr. - son of legendary bluesman Junior Kimbrough) to participate in the International Blues Challenge in Memphis, Tennessee.
After competing in 2015 and making the semifinals, Bing returned in 2016, made it all the way to the finals, and was named "Best Guitar" in the solo/duo category, despite performing solely on the mountain dulcimer.

Since then, his all-blues album "Unresolved Blues" has become a popular addition to DJ playlists internationally and his instructional book, "Blues Method For Mountain Dulcimer 101" is a best-selling example of his passion for the blues.  He has presented Blues In Schools programs for the Orange Blossom Blues Society and his dulcimer blues workshops have taught thousands of musicians how to play authentic Delta blues on this extraordinary American instrument. 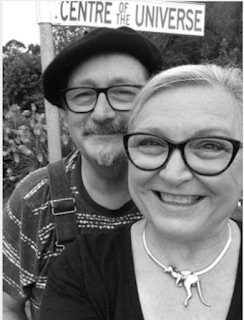 Adrian Kosky, an Australian with a bluegrass heart and a bunch of self penned songs was in North Carolina, looking for a ride to Memphis, where he knew the crossroads were near by. He wanted Clarksdale bad, and for years had dreamed of being there.

Carla Maxwell, from Memphis, with her family roots deep in Kentucky, ventured to Appalachia to learn about her musical heritage and the music of the mountains. She offered Adrian a ride back to Memphis and a quick taste of Clarksdale, setting the course for a union of friendship, love, music and life. Together, as husband and wife, their music evokes the traditions of folk blues, combined with old time Appalachia, whilst arousing the restless yearning that keeps them on a permanent walkabout between their homes in both the Mississippi Delta and rural Australia. Original “Clarkstralian” folk roots, making its first appearance at the Juke Joint Festival 2018. 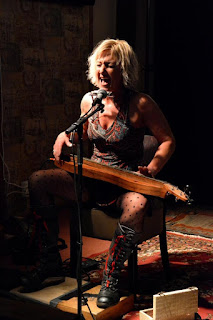 Sofie Reed is a self-taught, independent, international touring grassroots artist whose unique, soulful style is loved and appreciated all over the world. Through a rich creative journey spanning three decades, Sofie has evolved as a vocalist, composer and one-of-a-kind musical visionary. Her musical style encompasses roots-blues, folk-blues and even roots-appalachian-with-a-dalecarlian-twist. However it’s termed, Sofie thrills audiences all over the world with her extraordinary artistry. 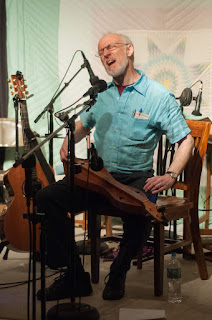 Sam Edelston plays rock, pop, blues, country, classical, a bit of jazz, assorted other styles, and even some original songs on acoustic and electric dulcimer. Oh, yes, and folk music, too. He aims not just to expand the horizons of dulcimer players, but to expand the common repertoire of the instrument and to bring dulcimers to the attention of the general public. Sam draws his musical inspiration from rock bands, symphony orchestras, modern a cappella, and anything else that crosses his path. His online videos have gotten 500,000 views, in over 190 countries. 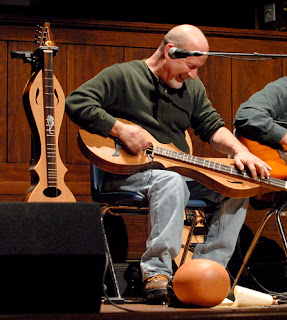 The Gallier Brothers, Les and Gary, compose 90% of the music they play. Blended together, you can hear the influences.a hint of New Grass and Dawg for a progressive edge, flavored with Classical and Celtic in smooth precision. Add a taste of Mountain styles and a true signature sound is created. Their 1993 album “On the Wing” has been called “a landmark dulcimer album” and their 2001 release “Craft of Kin” has been reviewed as having ”a powerful and highly original vision of where the dulcimer can go” ….”should inspire us well into the future.”  Gary, solo, keeps his feet firmly planted in the roots and his melodic flatpicking style spices up everything from Irish jigs to Texas swing blues. 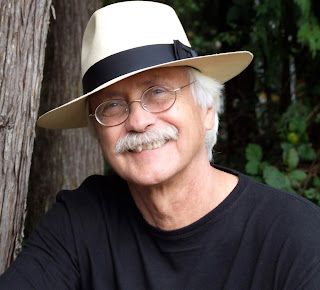 
Robert has produced over thirty albums for other artists, has a dozen of his own, has written several books, and has performed widely in the US, Europe, and Central America. He has co-billed with such diverse headliners as Doc Watson, Kate Wolfe, and even Zsa Zsa Gabor to name a few.
at October 21, 2019 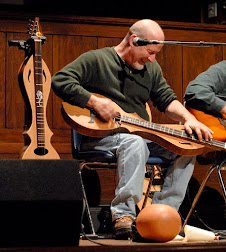