In 2012 Carla and Adrian purchased the old Masonic Temple building in Clarksdale Mississippi. Below is a little more to the story....

Adrian’s first visit to Clarksdale was in 2006. He had been yearning to visit after reading stories of Juke Joints and musical characters for a few years, and he had written and recorded songs about wanting to be there. Adrian was only there for a few hours on a Sunday, but he met and shared a meal with the late George and Myrtle Messenger who ran Messengers, a Juke Joint that had been in their family for generations. The Messengers’ kindness, prompted a return, in part, together with a documentary they shared, made by Barefoot Workshops: Dodgy Train to Clarksdale.

Adrian returned to Clarksdale in early 2007, as an artist in residence with Barefoot Workshops, vowing again, to return. His interest then was in writing songs and learning more about the Delta.
Adrian has a long history with revitalising buildings where he lives in and around Daylesford, Victoria, Australia. Finding, fixing, and returning them to useful endeavour. On a trip to Clarksdale in 2012, Adrian and his wife, Carla, purchased an old masonic temple in the middle of the downtown that was quite neglected, and in need of a lot of work. Adrian and Carla purchased the building with a view to providing a worthwhile project that would allow them to live, work, and contribute to the downtown blues precinct.

The first job was to renovate the the physical structure, which they did in bite-sized pieces. It took a few years to get the work done. There are five spaces on the ground floor, providing retail and residential spaces for creative people. There are two restaurant tenancies, and homes for a local well known musician, and a teacher involved in Teach for America. The business (and the building) is called "The Holy Moly.” Adrian and Carla also have a multi-use theatre as part of the second floor of The Holy Moly. The second floor also contains their home.

Since 2006, Clarksdale has changed, albeit slowly. Change takes time, and it seems that no one is in a hurry in Clarksdale. If you bring a "change the world" attitude with you it will slow eventually, to match the pace of your surroundings. Each change, however slow, does add up and contribute, and over 12 years, that accumulation is quite noticeable.

John Henshall, a regular Australian visitor to Clarksdale, visited Adrian and Carla in Daylesford in 2010, visiting with a couple of mutual Clarksdale friends and have kept in touch since. Adrian did not know what the word "revitalisation" meant, and he knew even less about what economic planners did, but he soon figured out that John was involved in planning for and encouraging what he had been doing for years with his owner-building projects. After purchasing The Holy Moly, Adrian asked John for a copy of the Economic Plan that John had written for the City of Clarksdale, and Adrian found that it was like reading a familiar story. This economic plan was a bit like an understanding friend that knew the potential, the pitfalls, and the adventures to be had. The answers for success are all inside the individual players, but the shared vision many creative "transplants' to Clarksdale have, can be found in John's work, like a common reflection in a mirror.

Adrian has his extended family in Australia and his wife Carla has her extended family around Memphis. The couple chose Clarksdale because they thought they could make a contribution and a difference. They both have an interest in varied art forms and wish to foster cultural and creative pursuits, within themselves and others. The Delta is rich in history, stories and culture. It is also much in need of people visiting and staying to help it sustain life, as there has been a lot of decay through population loss, poverty, and corruption. It is a common story around the globe where artists and creative types move in to neglected and forlorn areas, where the rent is cheap, and they, in turn, bring life and colour back to those areas.

In 2014, Adrian and Carla were two of four Australians living and working in Clarksdale. One of the four, a multi-talented artist is still a resident, and the other, an Australian musician, has recently passed. Adrian and Carla opened an Ice cream and Soda fountain store on the corner of The Holy Moly in a section that was historically a drug store. This shop was called "The Holy Moly Drug Store.” Adrian and Carla noticed through that experience, that a number of Australians were visiting Clarksdale on musical pilgrimages and enjoying their adventures. Couples and singles, and small family groups, were passing through town. The locals would often want to know what Adrian was doing there and what brought him to the Delta; whilst the Australians were always intrigued as to what he was doing there.

Adrian and Carla sold The Holy Moly Drug Store business in 2015 to an Australian couple who wanted to move to the USA and (as part of their visa requirements) were required to purchase a business. They are included in The Holy Moly’s current tenancies on the ground floor. These people have now also developed other businesses in town, employing local people.

Adrian’s and Carla’s intention in opening The Holy Moly Drug Store was to gain a first-hand insight into Clarksdale’s central downtown. Before that, Adrian and Carla were only building from within. The running of the store helped them to connect and meet with many individuals from all walks of life. However, their larger vision was to create employment and encourage others to do what they had proven possible to do, which was to help bring life to the almost deserted downtown block. The building was empty when they bought it, and it had been for quite some time. There are now a number of people living in The Holy Moly building, with three businesses operating from it. One business in the building employs seven people and has recently expanded into a second section. Revitalisation involves finding uses and building life into rebuilt property, not just flipping buildings for profit. So the slow change that is happening in Clarksdale is, as Adrian and Carla see it, sustainable and with good foundations for the future.

There are not "lots" of Aussies overtaking the town. There are lots of people from many backgrounds and nationalities who are passionate about the Blues, Culture, Music, Art, and Writing, whose combined efforts are making change. There are also constant supporters/visitors like John Henshall, who bring awareness and support through their efforts.

Australian visitors to Clarksdale seem to always have a great time. They are here for the music and the Southern culture, and rarely are they disappointed. A warm welcome awaits. There is, however, no body of locals that speak for all in this welcome. The downtown historic blues precinct is quite distinct from Clarksdale in general. Not many Australian visitors get beyond the downtown and into the everyday. Most locals would find it hard, in Adrian’s opinion, to figure out why Aussies have any interest at all, particularly if they are not blues/music-centric.

Adrian has personally had many conversations with non-tourism invested locals, who see the town as having lost its mojo years ago and not worth a visit. This negativity for their town is understandable, given the history of decline in the area, but it is not productive thinking. If people don't like where they live, perhaps they themselves need to make changes, or find somewhere better.

Australian visitors get a taste, but they need to stay longer; and return, again in Adrian’s opinion, to get the full bittersweet layers that make Clarksdale such an experience. Once is not enough for any deep and lasting relationship with a place. The Australian flag that flies above one of the downtown buildings is a symbol of friendship that every year ends in tatters due to strong winds. It needs to be replaced regularly if the flag is to continue to fly and the friendship maintained.

For the future Adrian would like to see himself and his wife, Carla, supporting Australian cultural exchange, beyond a love of the Blues, where they find connections in Art, Writers, Musicians, and Indigenous cultures and learn, share and grow from these connections, one person to another, one small town to another. This will keep both flags flying in their homes of choice and build deeper understanding, to help fix the wounds and soften the losses of the past. Australians, well known as allies to the USA in the past, can be considered friends of Clarksdale through shared interests and common understandings.

Thank you to all those who helped Adrian and Carla in the early days with support and encouragement. The Holy Moly wasn't going to happen without all y'all; and, thank you to those locals and transplants that continue to offer support to the couple by attending their odd event, by patronising The Holy Moly tenancies, and by accepting Adrian and Carla into the growing bunch of revitalisers, new settlers, and regular visitors that now call Clarksdale "home."

Click here to visit the registration page for the Delta Blues Dulcimer Revival.

Your hosts, Bing Futch, Adrian Kosky, and Carla Maxwell, invite you to join them during an exciting revival in the heart of blues country!
Whether you're an adventurous beginning musician, a seasoned player looking to expand, a cultural history buff or a regional foodie, there's no other place in the country where you can get barefoot in the dirt, so to speak, and get down to the roots of the blues.
Come share this unique and joyous celebration April 16th, 17th, 18th, 2020, in Clarksdale, Mississippi, for the FIRST EVER Delta Blues Dulcimer Revival! 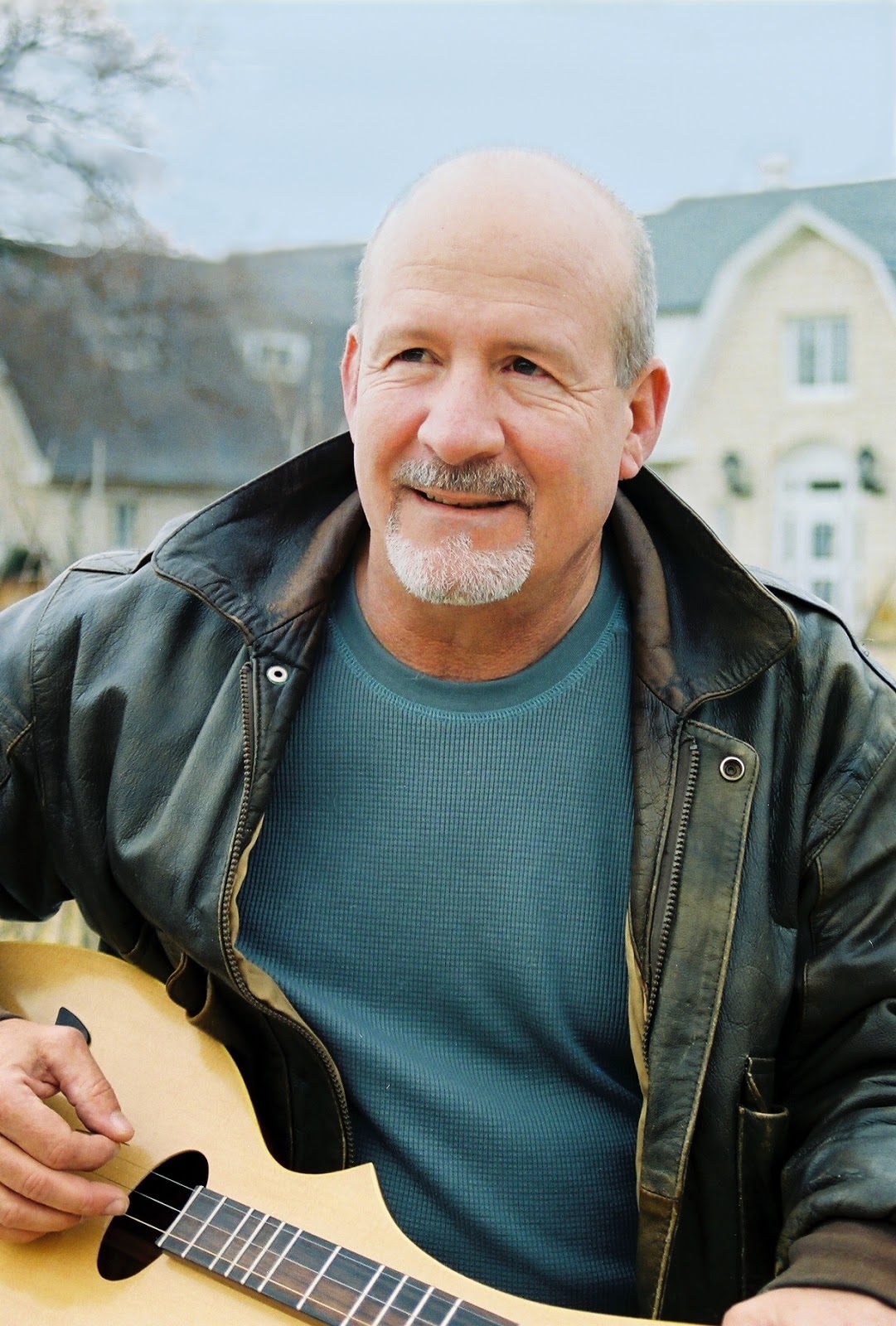